Lego Marvel’s Avengers ROM is a video game that is based on two movies of the Marvel universe, Avengers and Avengers: Age of Ultron. Certain modifications have been made in some details and also, we will see characters that not only appear in the movies, but also in the comics.

This game has more than two hundred superheroes that you can choose to fight, all of them in the shape of the well-known LEGO blocks.

Many characters will appear in a game, you will control one while the rest are controlled by the AI (Artificial Intelligence). It is possible to switch between characters all the time. Each character has specific abilities of its own. These abilities, besides using them in the fight, will also serve to try to solve the riddles that you have to solve in order to continue with the adventure. The game offers a fun experience, with several battlefields: Asgard, Malibu, South Africa, the Helicarrier, and more. 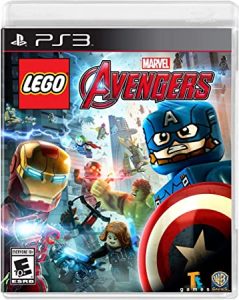 To download Lego Marvel’s Avengers ROM (ISO) for PS3 Emulator (RPCS3) you have to follow the step-by-step instructions below:

How to install Lego Marvel’s Avengers ROM (ISO) on RPCS3

To install Lego Marvel’s Avengers ROM (ISO) for RPCS3 quickly and easily follow the steps below:

RPCS3 Emulator
We use cookies on our website to give you the most relevant experience by remembering your preferences and repeat visits. By clicking “Accept All”, you consent to the use of ALL the cookies. However, you may visit "Cookie Settings" to provide a controlled consent.
Cookie SettingsAccept All
Manage consent

This website uses cookies to improve your experience while you navigate through the website. Out of these, the cookies that are categorized as necessary are stored on your browser as they are essential for the working of basic functionalities of the website. We also use third-party cookies that help us analyze and understand how you use this website. These cookies will be stored in your browser only with your consent. You also have the option to opt-out of these cookies. But opting out of some of these cookies may affect your browsing experience.
SAVE & ACCEPT